The Boy Born with a Hole

It was this single birth in a long history of Waystehnauts that captured all of their undivided attention.

It was a boy, and he was born with a hole.

The Waystehnauts were a simple race of beings not much different from you and I. At birth they look very much like humans; two ears, eyes, arms, legs, blushing cheeks, and a soft round bum. Though, the bum is where we truly part ways. These provocative creatures, which live in a very distant and remote land, are born without an exit hole for by-product. They bare no waste. Everything that they consume is stored, post digestion, someplace in their highly pliable bodies. As you might imagine, they astronomize to astronomical proportions and consumize to immeasurable immeasurabilities, by our standards. A six year old Waystehnaut would average the size of most mildly obese middle aged humans. Adult Waystehnauts grow to be the size of Wales. No, excuse me….Whales. Nothing could be as big as Wales, silly.

The boys parents were shattered. They had always dreamed of having a little boy. Suspicions grew when the birth weight only topped 7lbs.

Mr. and Mrs. Pluggit, the parents, were mortified by the scene created at birth. The baby made a mess only fresh from the womb.

News cameras and news vans, radio microphones and radio vans all converged to the hospital. The press had no time for the parents miserating occurrence. Shamed and thereafter regarded as lesser Waystehnauts for creating the one that makes the filthy mess, the Pluggit family distanced themselves from society, minus one.

The boy was immediately whisked off to the tallest and most heavily guarded prison tower in all the Kings land. He was poked at and prodded, probed and punished everytime he defecated. The baby lived in the dark, sheltered from the outside world. The Waystehnauts would not have their beautiful land desecrated by the boy with the hole in his butt. He was given nothing and allowed no liberties. He never even garnered an official name. The guards simply referred to him as ‘him’.

The baby was strikingly intelligent, well beyond his years and even in isolation he developed with lightning response. He began to walk within 3 months of his birth; untaught, but observant of the guards. Shortly after he began to mimic the short phrases he could gather from the lowly chatter outside his cell.

Starved for stimulation, the boy noticed how his feces, piled up in one corner, would slowly harden and then become brittle after enough elapsed time.

Idle hands began to mold this baby-made clay. He spent every waking moment absorbing the detail of the occasional living creature that made its way into his chamber: Usually roaches, and flies, but sometimes rats, and regularly one of the two guards.

His claymation was at first very rudimentary and plain but was fine tuned with hundreds of hours of constant practice. Later, his pieces grew new ornate features and closer semblance to his models. Each statuette that he completed was more refined than the last.

There were hundreds of them. It became his infantile reason for existence at the modest age of 2.

On a day not unlike any other, a guard entered with the daily ration of gruel. The gruel was a terrible meal for anybody that new any better. For the baby, it was ideal. It was all he had ever known, and it made his continence perfectly consistent. He had been finishing a perfectly anatomical figurine of the guard himself. It was exquisite. The man’s face was stalwart and he was captured in a pose that revealed an inner strength that the Waystehnaut would have been even surprised to find within himself. The boy captured every intricacy of the guard’s personality and vulnerability in one 8 inch tall work of art.

“What uv youse got dair, you disgutzin prat?!”

The guard motioned towards the figure with his 3ft long index finger as he inquired. The boy raised the piece up for the guard to bring his face, the size of a Volkswagen, in closer to have a look. He then stared into his own eyes by way of a toy. 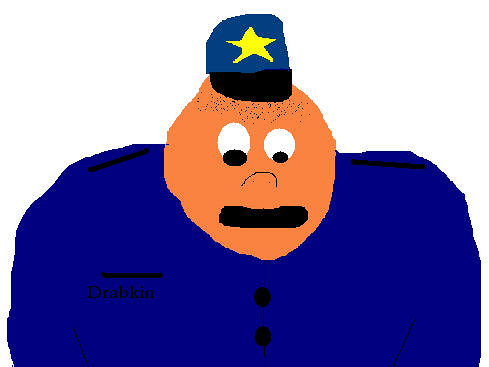 He peered into the dark corners of the cell and noticed caches of hundred of other statues. Some of them erected in delicate poses, others in action. Several of them were of the guard. The accuracy and brilliance of form nearly brought the simple-minded Waystehnaut to tears.

Beauty was created using the most vile of mediums, and the most unworthy of models.

Once the Royal Cavalry’s most feared captain, the guard cupped the boy with his work of art, in hands the size boulders. The unnamed baby boy squinted from the dim light trickling into his fleshy dome between tree trunk fingers.

A crowd began to gather and process towards the Royal Court as whispers rumored that the filthy one would be revealed after his two year imprisonment.

The King was not amused…